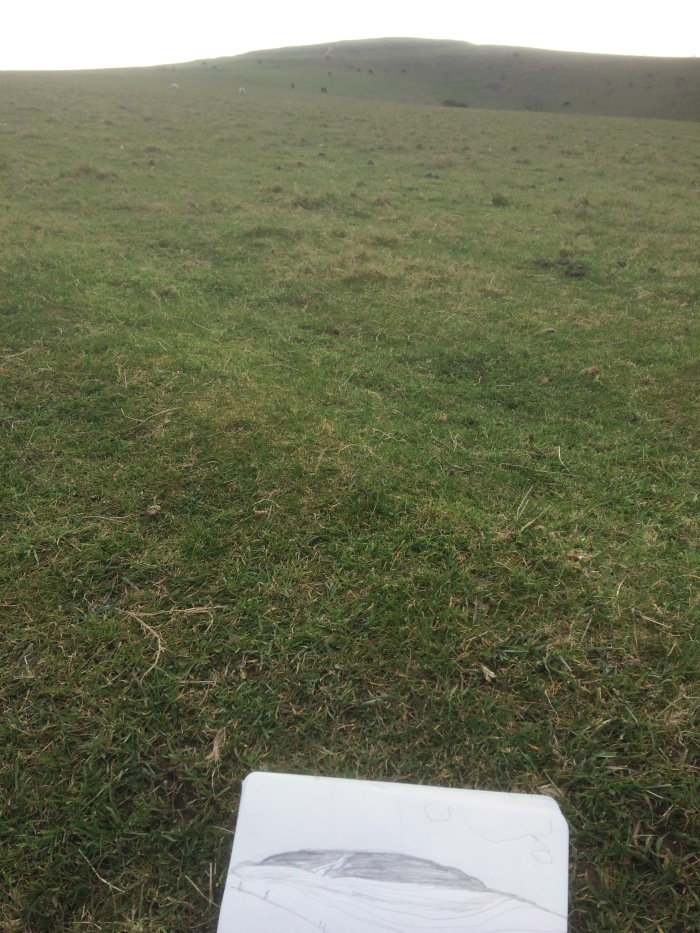 I’d done it many times before, the same walk; got the train, gone to The Mount to get my bearings and set my sights on the goal, Mount Caburn, 480 foot up. But the last time, mid-winter, I’d given up, weary, perhaps bored, falling ill; I’d pulled back at the dew pond (the lowest point) and the pair of bald thorn trees; relieved to be defeated.

This day, a season later, coming on to the rise of Southerham I was confident I’d make it. But why was it all so small? I looked to the sky (cerulean, no less). Larks rose, singing; a handful of meadow pipits poked the ground. Gangs of jackdaws chacked and swooped, white-gold in the sunlight. The Downs were high as ever and as open. But small.

Something had happened and I don’t know what it is. Time, the angle of the earth, death.

At the Caburn, on the wooden bench that overlooks the Ouse I was joined by another: taller, younger with two dogs. We talked for a while; the mind, he explained, wants us to think it’s something floating above us (he stretched out his arm, making a span above his head) apart from the body; it’s our task to understand that it’s not. He went on with his pie, we talked about the closing of The Trevor Arms. Then I said my goodbyes to him and his dogs, heading back the way I came.

A small walk, that’s all.

2 thoughts on “A Small Walk”